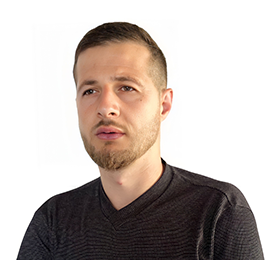 Eng. Mucaj has completed Bachelor and Master degree in of Oil and Gas Geology at the Faculty of Geology and Mining (2011-2016), Polytechnic University of Tirana, as well as a Master of Science in Renewable Energy as a twinning between the Agricultural University of Tirana ( Faculty of Agribusiness) and Polytechnic University of Tirana (Faculty of Mechanical Engineering). Since 2019, he is part of the Department of Seismology at the Institute of Geosciences as an assistant scientific researcher, mainly engaged in the observation of national seismic activity. He has been a participant in all the training and projects developed at the Institute of Geosciences, maintaining the professional side in the field of Seismology.

Mr. Mucaj has been part of two of the biggest projects that have been developed in Albania since the 90s, the TAP Project, in which he has covered the management of the Quality of the works and the assistance of the project management, where he has been highly evaluated for the given contribution. Arena National Stadium (Air Albania) where he was supervisor and manager of a part of the metal works.

He is also a professional in marketing and digital marketing, designing several websites, preparing structures and marketing strategies, and being a participant and organizer for the company in international fairs, mainly of an industrial nature.

Mr. Mucaj's areas of interest are Seismology and Engineering Seismology, Engineering Geology and Geotectonics, assistance in scientific research giving special priority to the accuracy of data processing as well as scientific and industrial projects.