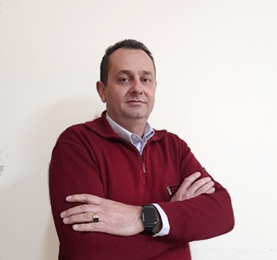 MSc. Dedndreaj studied geology at the Faculty of Geology and Mining at Polytechnic University of Tirana (1992 – 1997). From 2002 to 2006 he has been working as Geological Engineer at the Institute of Geological Research of Tirana. During 2006 – 2008 he was Head of the Museum of Geology, under Albanian Geological Survey.

From 2009 to 2018 he has worked as hydrological network specialist at the Institute of Energy, Water, and Environment, under Polytechnic University of Tirana, Albania.

From 2018 to present he has worked as Meteorological network specialist at the Institute of Geosciences under Polytechnic University of Tirana, Albania.

The research interests are focused on: geological and environmental studies and he conducts research on hydrological and meteorological fields, also.